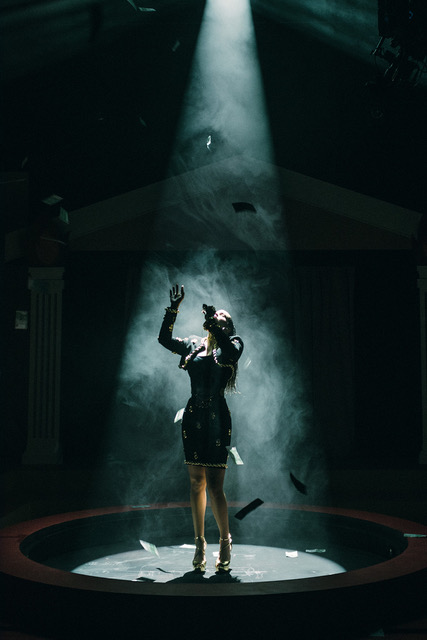 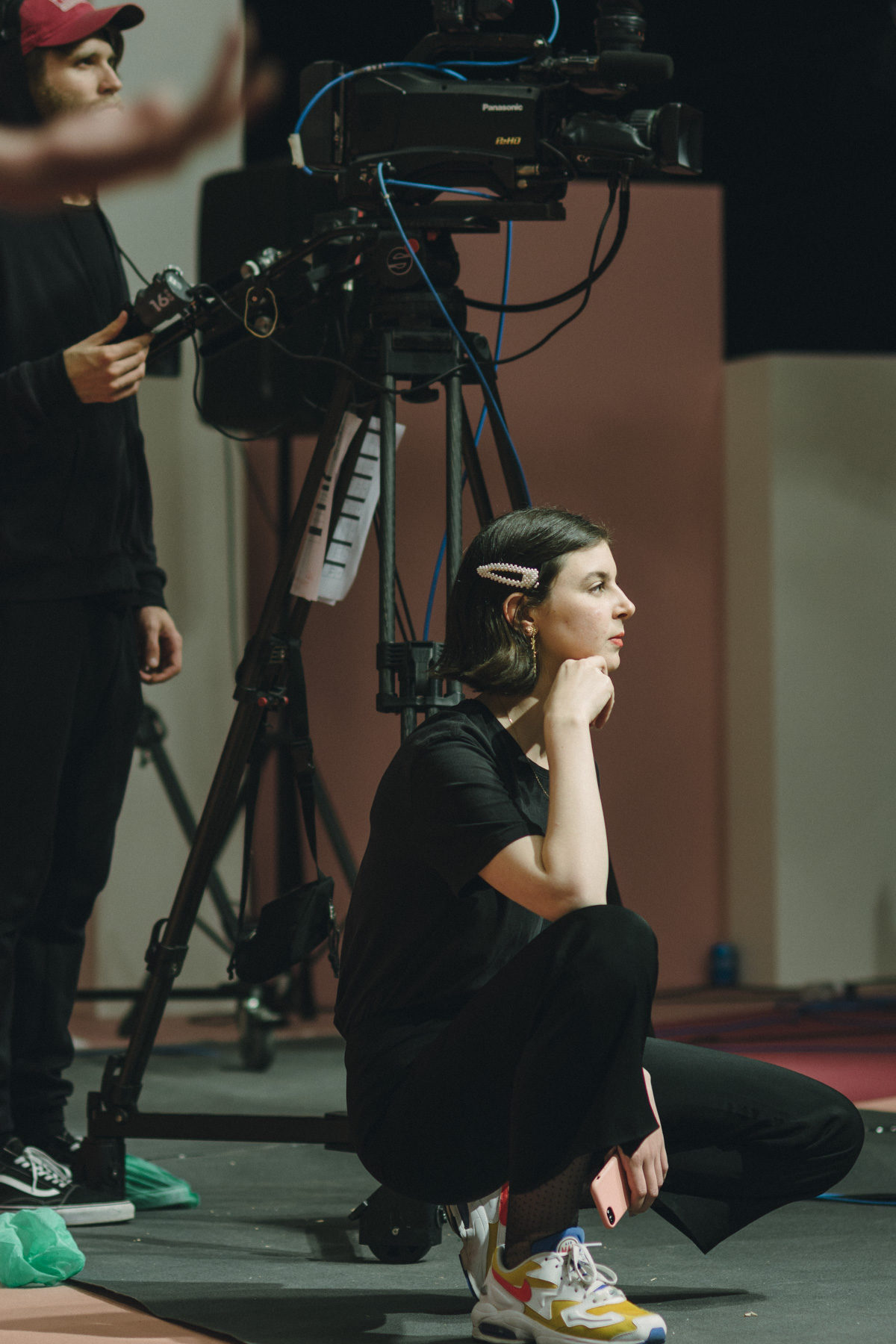 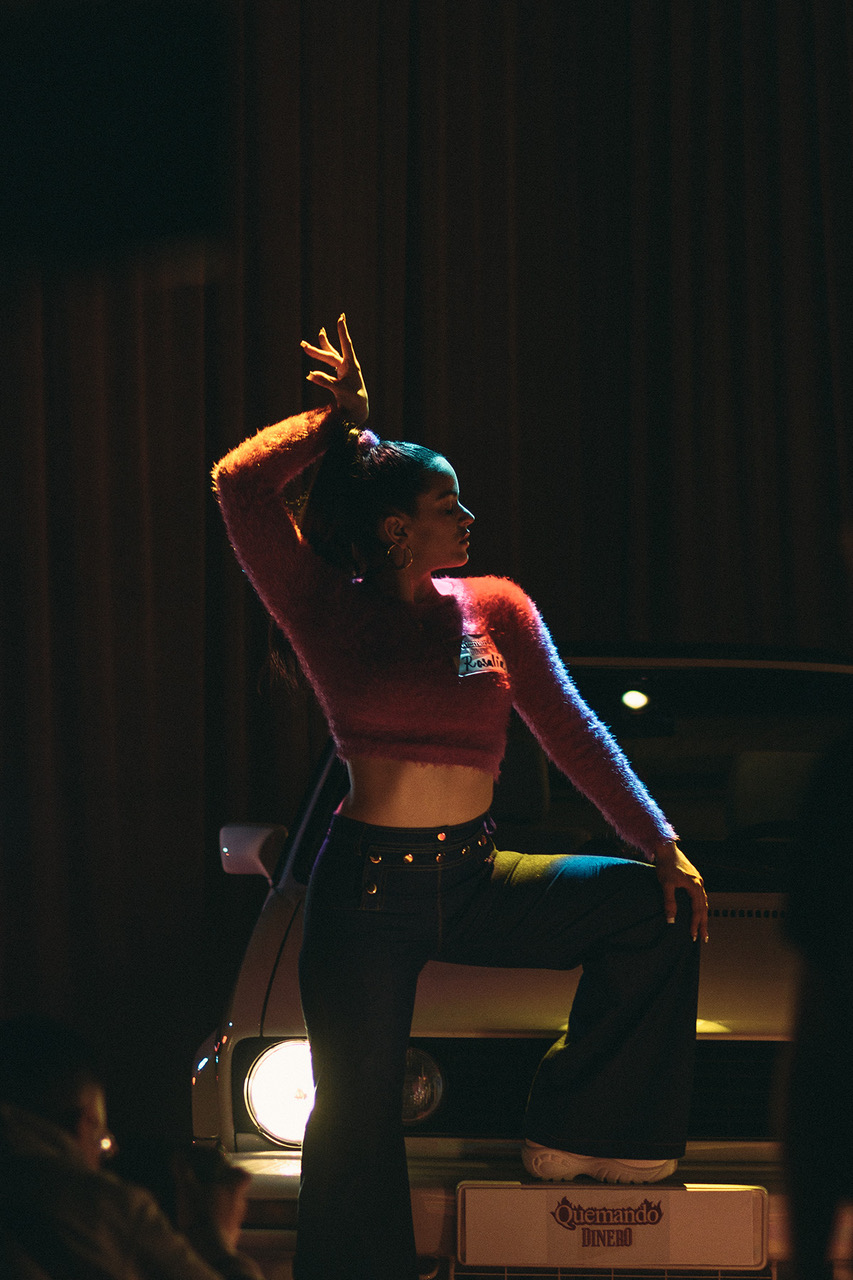 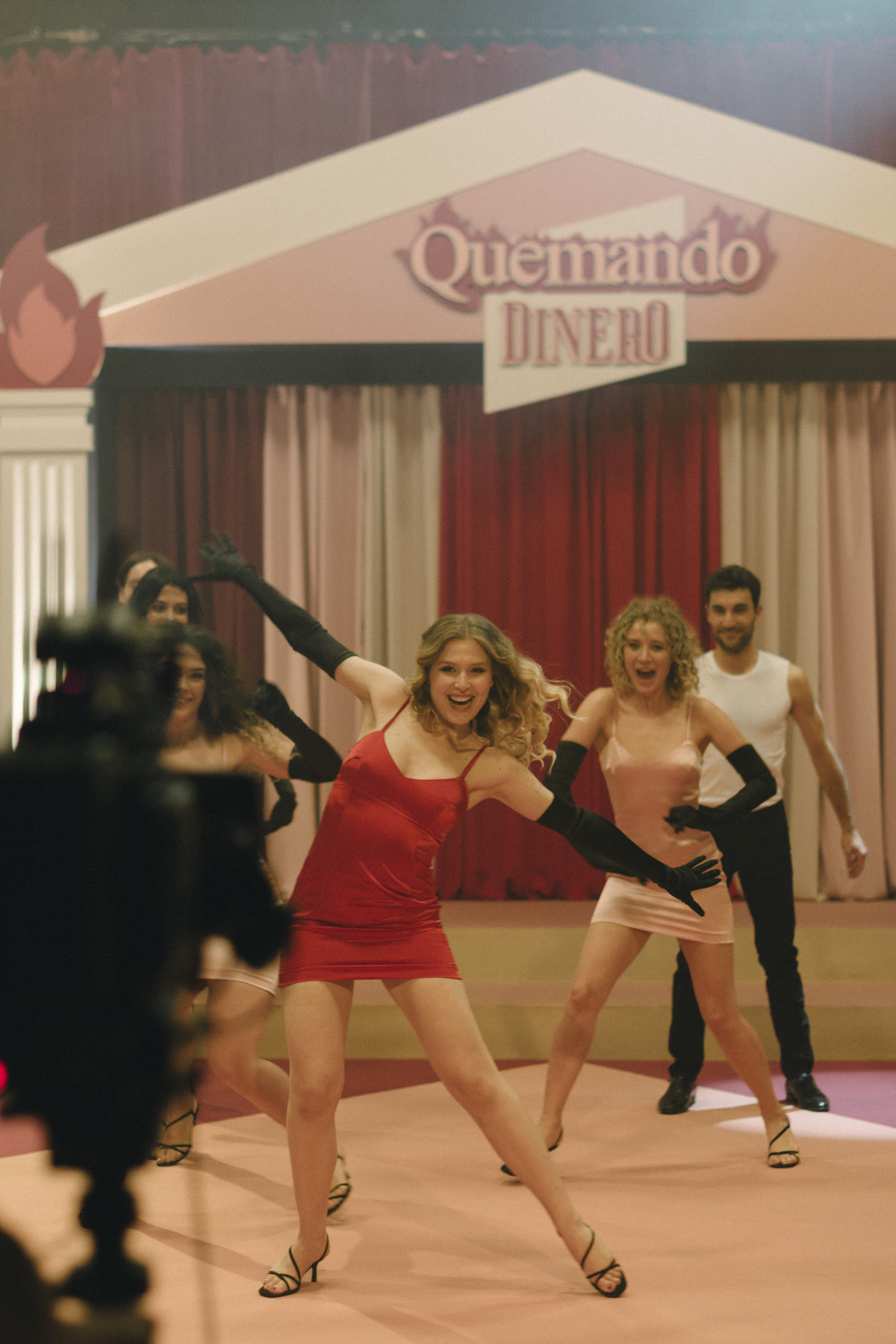 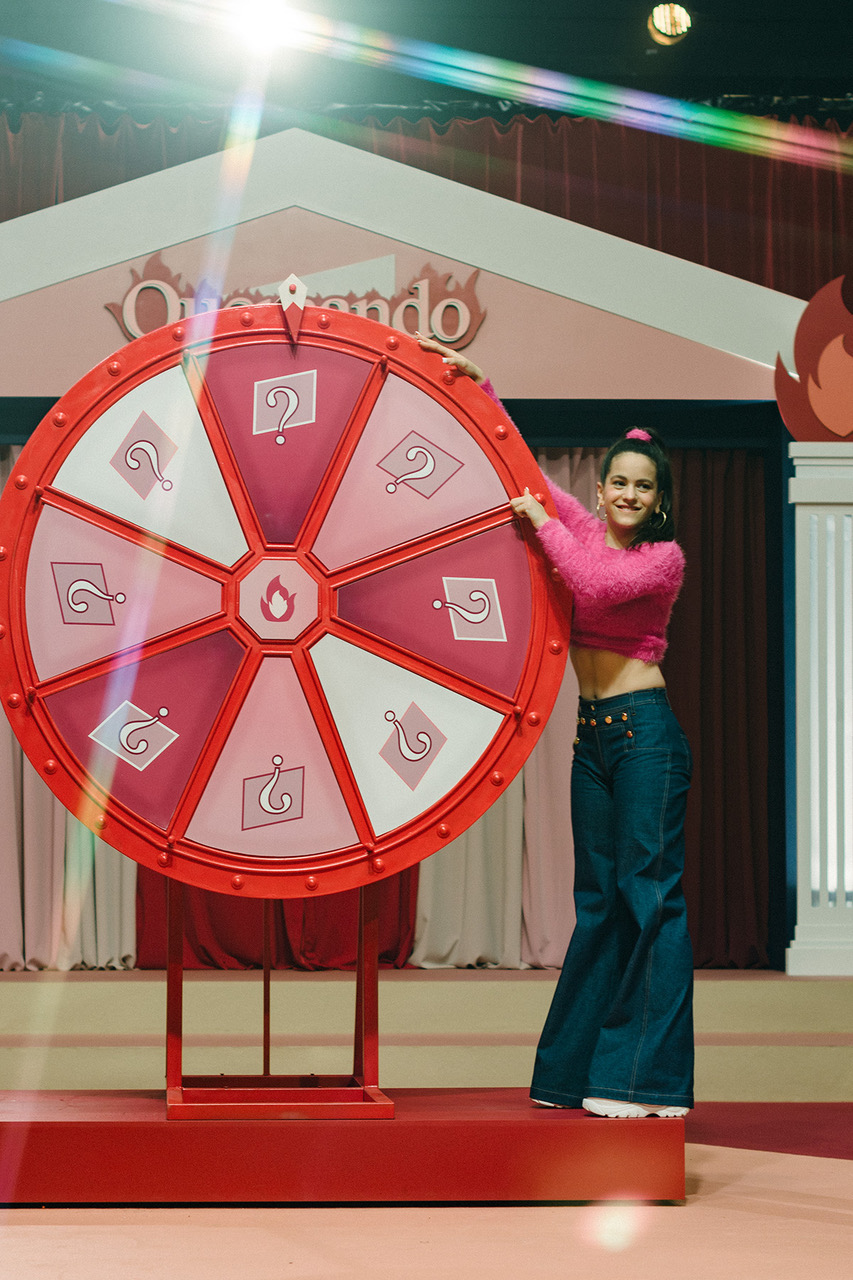 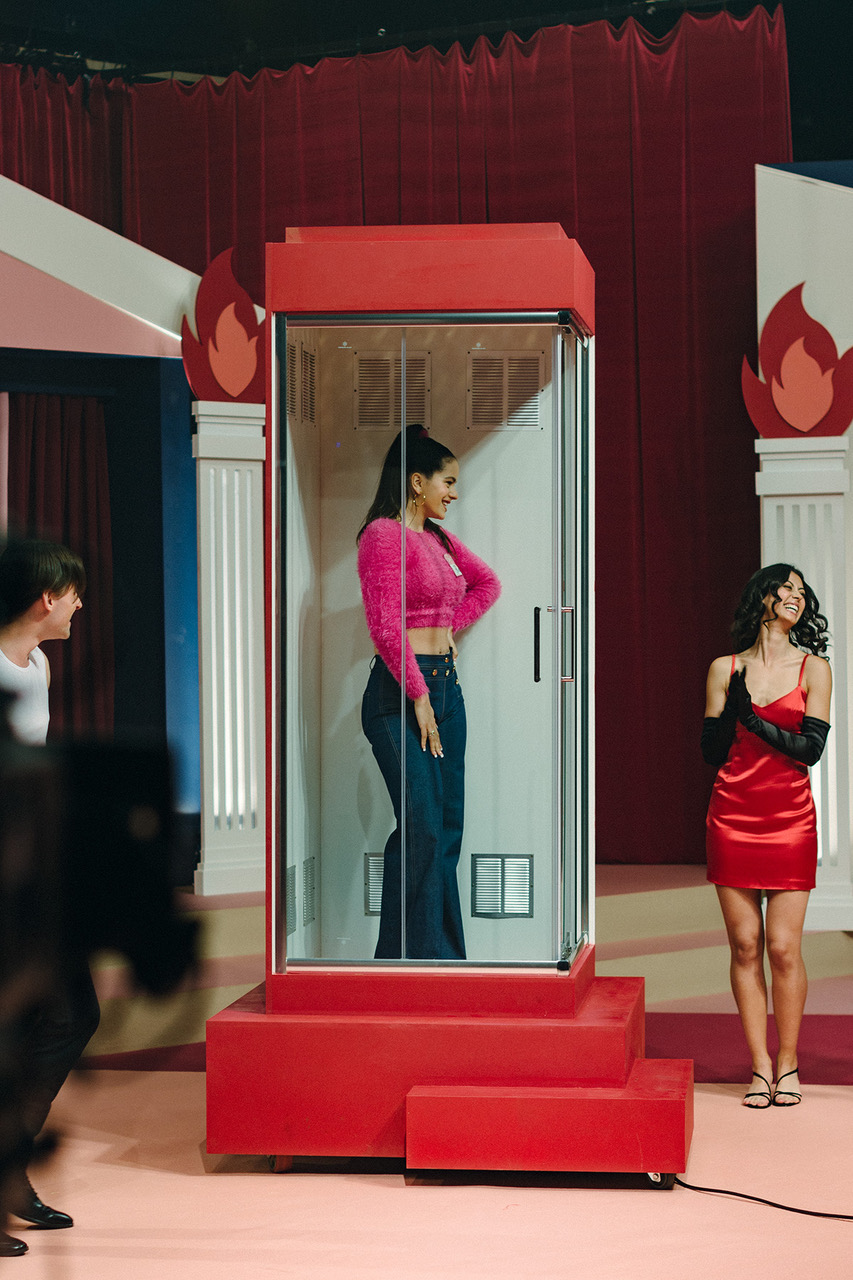 Bàrbara (director): I could say that the shooting of the music video “F * cking Money Man (Milionària + Dio $ No $ Libre Del Dinero)” by Rosalía, has been the craziest and funniest so far. I still remember the phone call of Pili, her sister, a week before embarking on this filming adventure. The truth is that I did not expect it at all, so it made me very excited to be able to get in touch again and to continue working together as we did before. I remember that they had a super clear idea in their mind: they wanted to capture the TV shows they used to watch with their grandmother every summer, those game shows in which the contestants did anything to become “millionaires”. And that’s how it all began, from that premise we came to the conclusion that the best thing we could do for the video was to actually recreate that television show that Rosalia watched with her grandmother. Without much knowledge about television, but with the utmost dedication and affection from the whole team, we managed to push forward in a much better way than we imagined. Inspired by the mythical Spanish competitions of the 90-00, such as “Lo que apostamos” or “El gran juego de la oca”, the visual universe of the video emerged. Everything was built from scratch thanks to the wonderful art director Anna Colomer, along with all her huge construction and art team. The truth is that we did everything in record time. I think the funniest part of that shoot was the program itself that we created live. We even had a public and Rosalia didn’t know anything about the contest! Everything was set to make it look and feel like a real game show, since the key point of the video clip was to transmit that fresh and truthful Rosalía look. I would love the show to come to light one day because it was amazing!